Melanie Roger Gallery works with and represents some of New Zealand’s most exciting artists, newcomers and established, across all mediums. They run a changing exhibition schedule on a monthly basis and as well carry works by each of the artists within our comprehensive stockroom.

“I take a collaborative approach with the gallery. I am interested in supporting the creation of new and exciting work and developing artists careers both within New Zealand and internationally.”Melanie Roger 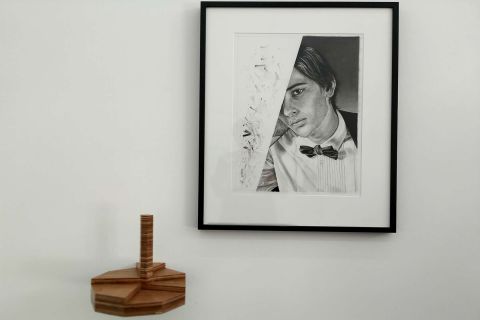 For “Autumn Collection 2019”, Matt Ellwood brings together a seemingly disparate set of new and recent work that has been deliberately installed to create juxtapositions between the sculptures and drawings; interrogating the capitalist structures of advertising and production whilst still celebrating the employed methodologies of representational drawing and handcrafted sculpture that he is well known for.

From the world of high fashion to the international politics of war, and the art worlds’ own commercial machinations.

The shadow of Western Neoliberalism is intended to be a lens to view this body of work through, with the audiences’ own subjective opinion an important part in understanding the work’s intention. 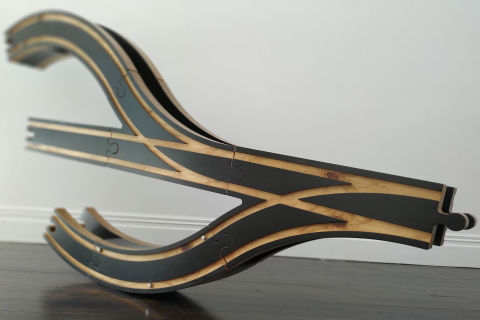 Ellwood is interested in the sharing and debating of ideas but doesn’t see the work as holding a set position on any of the content on show.

The intention of the work is to be an interpellation for the viewer, a spanner in the works that makes us then reflect on the things we believe or are subject to. 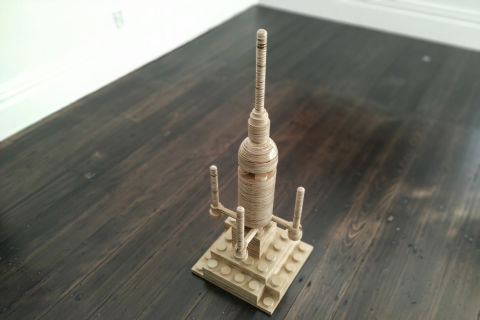 Given its nature, Ellwood’s work often intersects directly with very current and very real, events or issues, with the thoughts and emotions connected to these adding another layer to the reading of his work.

“This exhibition was originally called “This Means War” and I was thinking about a staple comedic phrase, borrowed from Groucho Marx that usually set the tone for a few minutes of light hearted, combative humour. I thought at the time it gave the show the right tone; a kind of teetering balance between satirical comedy and deadly seriousness.”Matt Ellwood 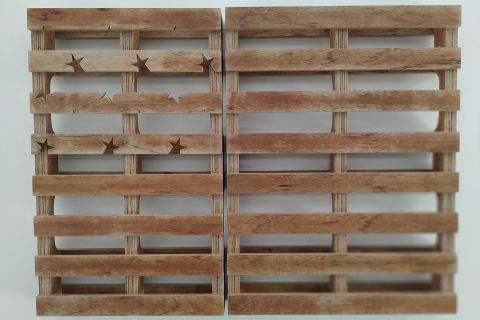 “Since the events of 15 March, I’m not so sure and it definitely has the potential to be misread, especially given the content within a couple of works in the exhibition, but to be clear, the war here is not a war against any race or religious belief, it is a war against apathy and resignation.”Matt Ellwood

One work in the exhibition, depicts, in part, the bombing of the Kurdish town of Kobani by the US led coalition in 2014 at the request of the Kurds themselves in order to stop the advance of IS. 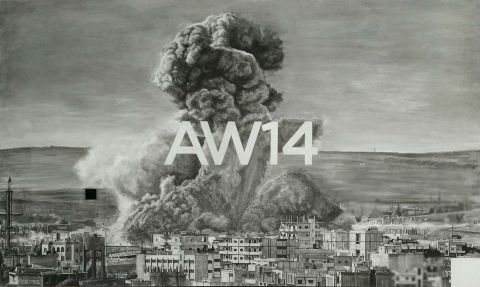 Besides the inherent historical and current cultural, religious and political ideologies tied up in this particular image, “Autumn/Winter (Kobani)” also touches obliquely on the atrocity committed in our very own country this month. 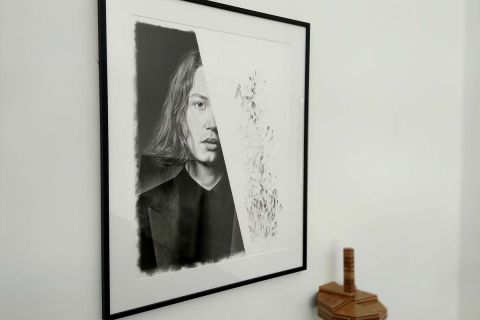 In discussion with the artist we have kept the work in the show. Our heartfelt sadness and sympathy is however, with the families and Muslim community in Christchurch and a portion of proceeds from the sale of this work will be donated by the artist and Melanie Roger Gallery to the Christchurch Victims Support Fund.