We live in a society of consumerism and globalization, everything nowadays is available. We eat, consume, buy, travel, and drink. We want to own more and more things, getting rid of the old and make space for the new.

Despite efforts made by governments and local communities, mountains of garbage are growing every day around the globe, with landfills being the most popular destination for solid waste, by a wide margin.

According to World Bank researchers, the world generates at least 3.5 million tons of solid waste a day, 10 times the amount of a century ago, and If nothing is done, that figure will grow to 11 million tons by the end of the century.

The increase in the world population and growth of many economies also made this problem a worldwide emergency especially with dumps, as they release methane, a potent greenhouse gas that traps heat in the atmosphere.

In Bali, as tourism grown more and more every year, the trash at the Suwung Waste Disposal Area made mountains of rubbish that dominate the landscape. It’s a 30 Hectare Trash Mountain Site, with some of this garbage hills up to 30 meters high.

Excavators, bulldozers and green trucks dump, move and bury more than 5000 tons of rubbish every day. Suwung is where all the tourist rubbish ends up.

As these mountains grown, water gets contaminated and rivers of rubbish and waste eventually reach the sea. While tourist comes and go, remaining clueless as to where their waste ends up, this corner of Bali represents a worldwide problem of our insatiable appetite for consumerism. 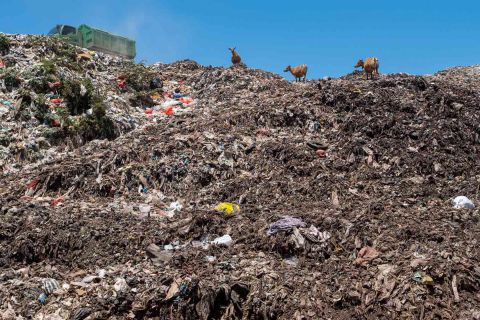 Suwung area for waste disposal service of Sarbagita (Denpasar, Badung, Gianyar, Tabanan) region is the property of the Provincial Government of Bali, under the Forest Service. 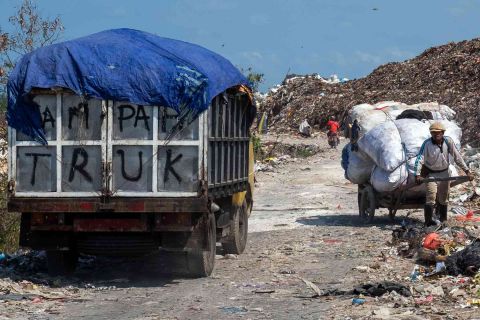 The volume of waste in the landfill in 2011 was 1,151,341 m3 (source: Merdeka.com). Bins were accommodated at this location increased by 4% each year, and rated current is over capacity, because the hump reaches 30 meters. 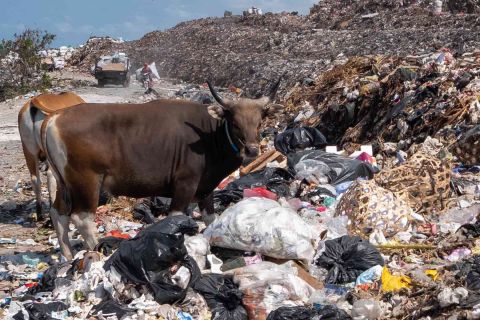 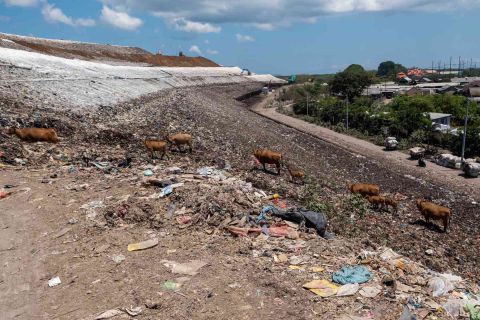 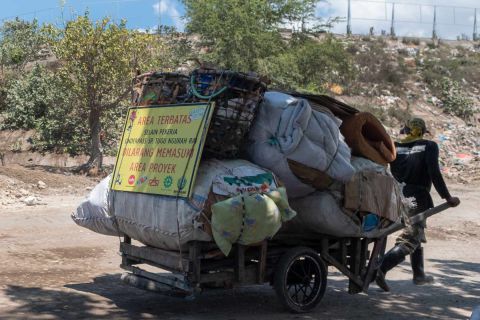 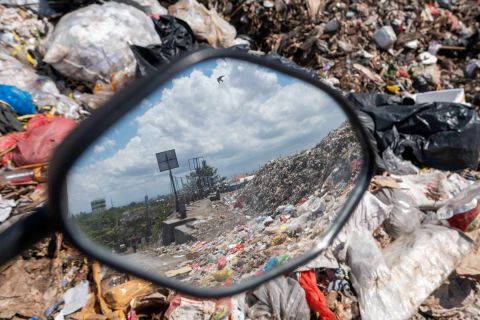 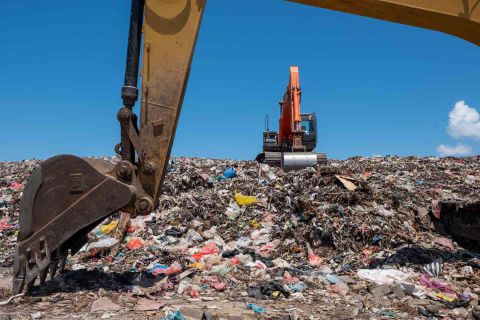 Excavators, bulldozers and green trucks dump, move and bury more than 3000 Tons of rubbish every day. 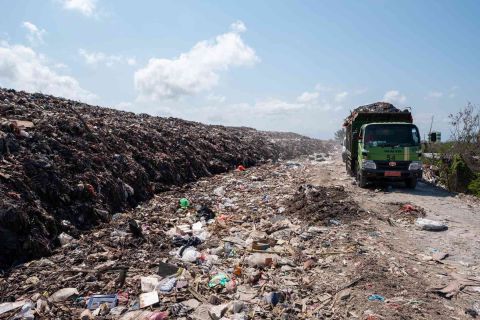 The most common human health issues are diseases related to gastro-intestinal, dermatological, respiratory and genetic systems, and several other types of infectious diseases. 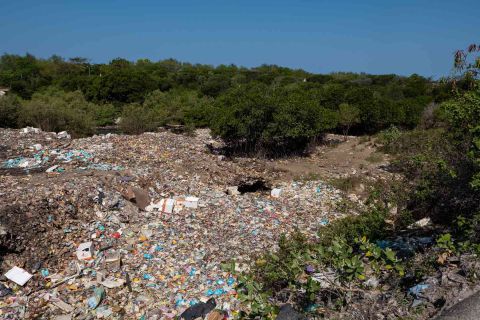 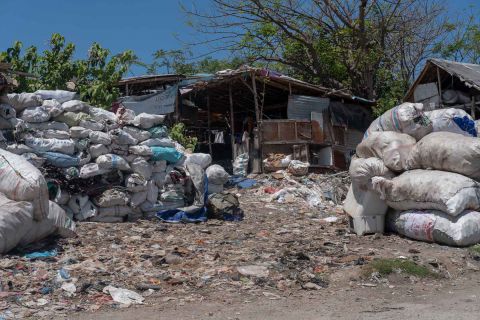 This Area is also home for 100 plus families who work here by sorting trash by hands. 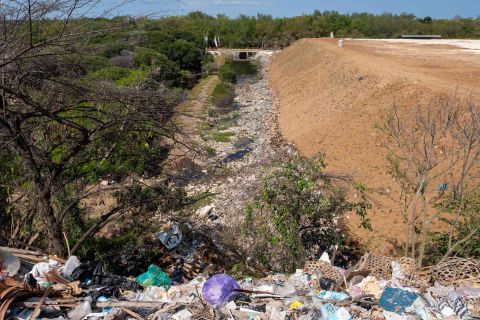 The Waves of plastic flooding into rivers have been causing problems for years, increasing the risk of floods and diseases. 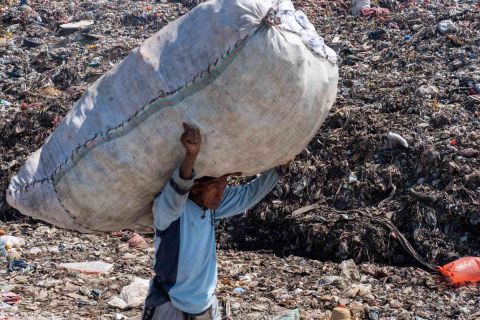 Microplastic can contaminate fish which, ones eaten by humans, can cause heath problems including cancer. 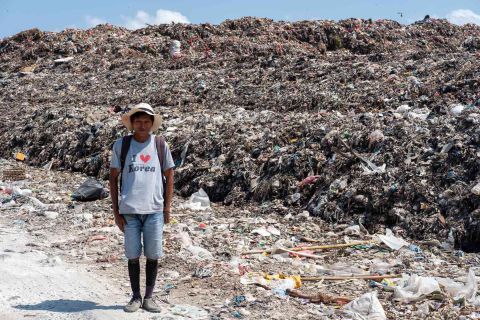 Emissions from waste includes methane, benzene, dioxins, and nitrogen dioxide. which contribute to the effects of global warming. 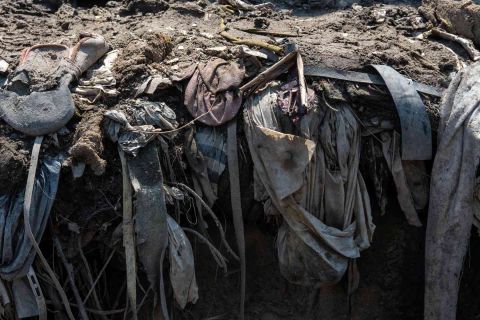 The three most important problems with landfill are toxins, leachate and greenhouse gases. 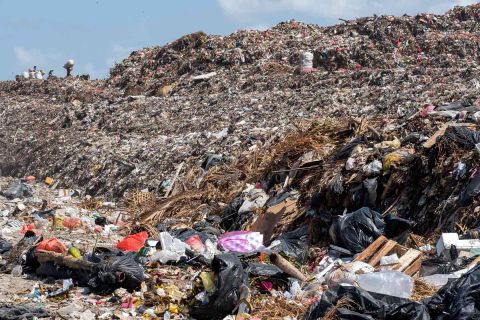