After six years of often bloody political protests, Thai citizens are going to vote this weekend. 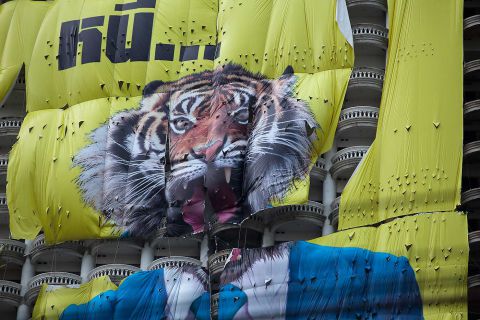 Some Thailand election posters are as big as this unfinished skyscraper.

Fumes is offering a glimpse of the styles and subjects used in campaigns during this general election. Fumes attempts to translate the various campaign slogans that reveal candidates’ platforms and agendas.

In Thailand, the members of the House of Representatives get elected not by winner takes all, but by proportional representation. Since there are multiple parties on the ballot, voters are free to check as many boxes as they wish, either “yes” or “no”. 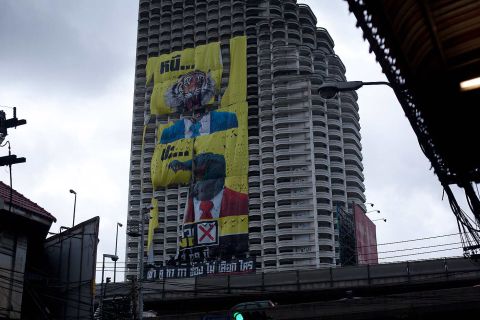 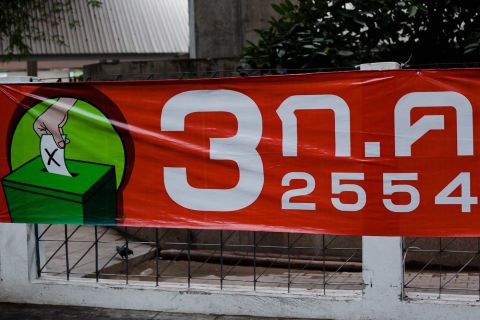 Election polls are being held on the 3rd of July, 2554 (which corresponds to the Gregorian year 2011). 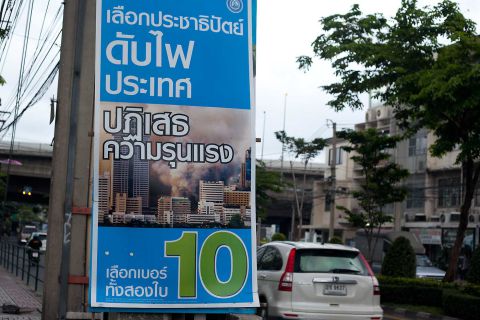 “Stop the fire in the country”. “Negative violence” (over the photo)” 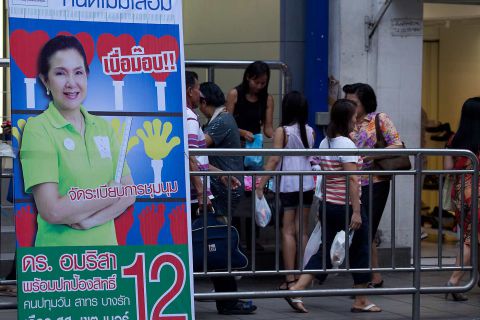 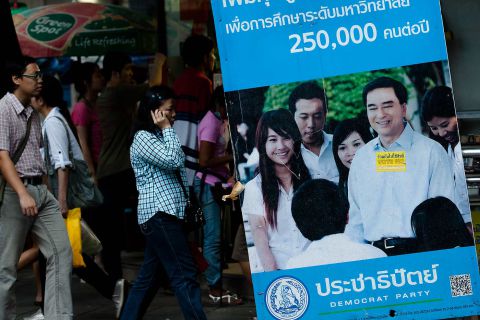 “Go forward with a plan for the Thai people”, “Give more credit and lower interest rates for education and university fees. 250.000 Baht yearly for each student” 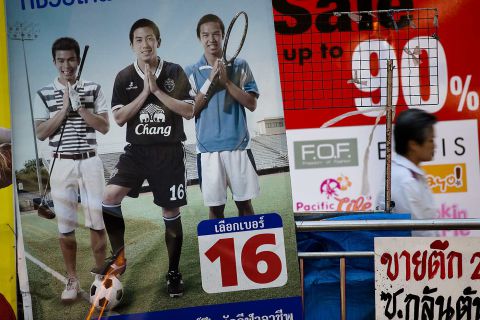 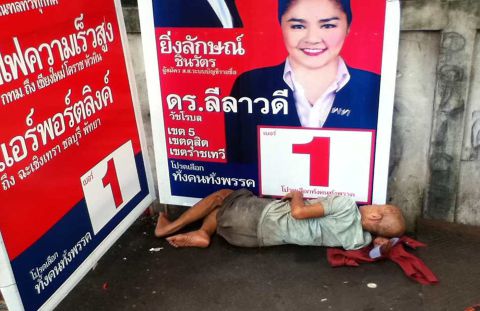 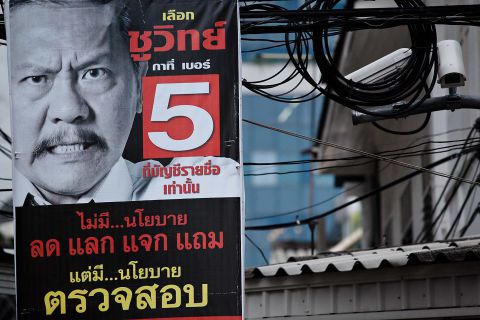 “No hidden agendas, no discounts, no exchanges, no bribes, no special sales, we plan to check and control corruption.” 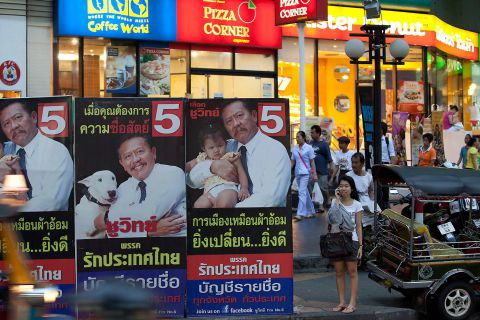 “When you need integrity, choose candidate no.5”, “Politicians are like diapers, the more you change them the better” 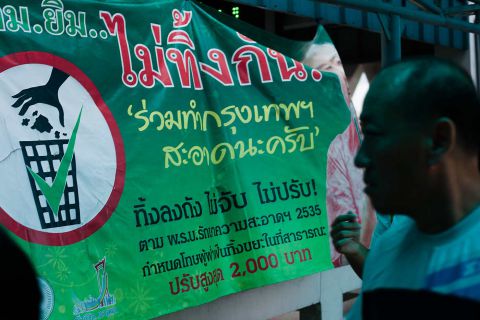 “We can clean up Bangkok together”, “this is your chance to do it the proper legal way.” 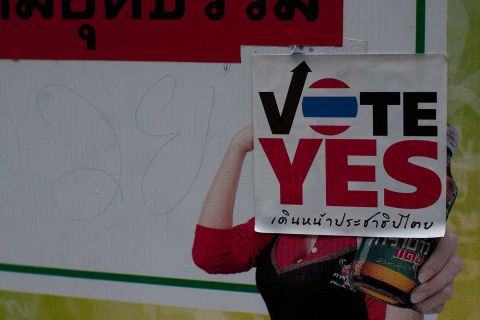 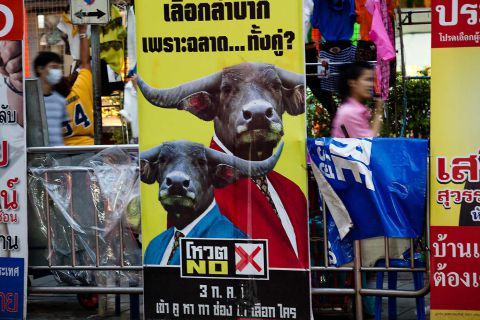 “Difficult to choose because they are both deceitful?”, “On the 3rd of July if you don’t want either of them, put an X next to the 'NO'” 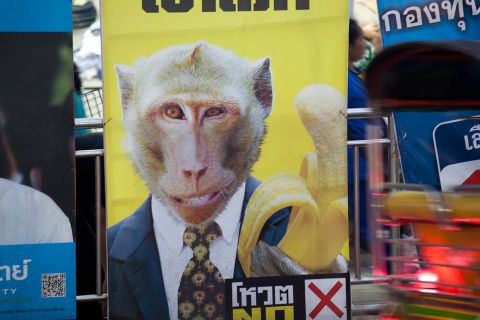 “Get rid of animals, don’t put them back in parlament”, “NO” 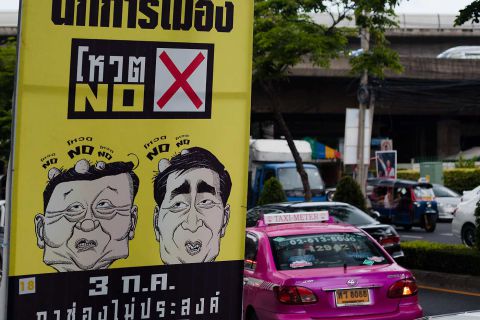 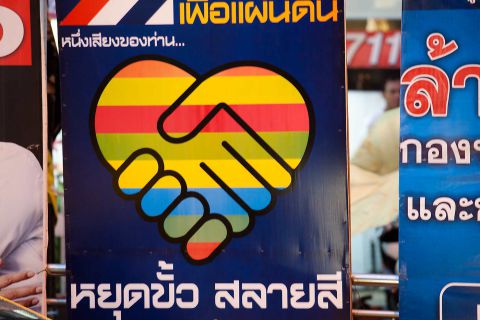 “One point for you”, “Stop degradation and extreme colors.” 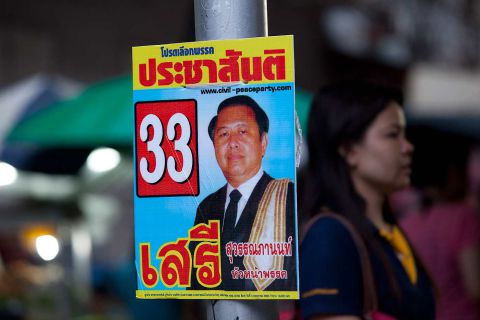 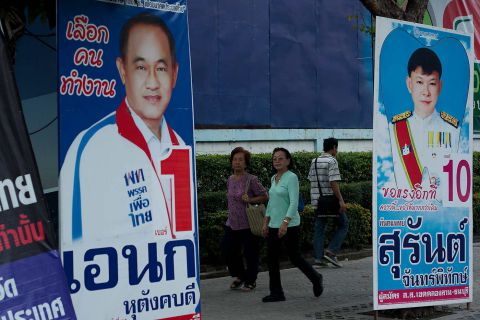 “People should go to work”, “We need more prosperity again”