Marionettes of Spirits, The Mah Song.

On an early morning in October, a crowd of men and women from Phuket’s Thai-Chinese community gather in silence at the temple. 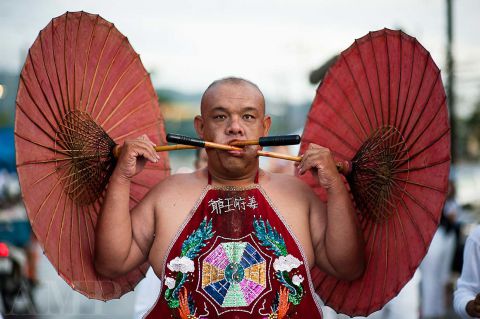 At the alter lies an arsenal of steel axes, swords and voodoo skewers alongside statues of Chinese gods. 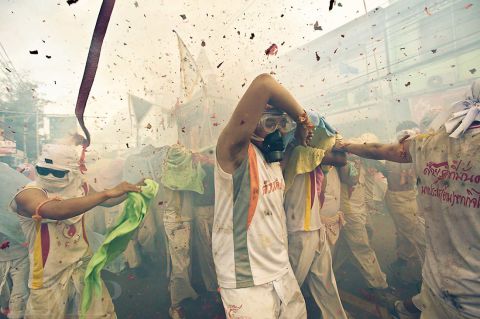 The tension and fear in the room is as thick as the smoke wafting from the burning bowls of incense. Some say they have been called to the temple, chosen by the gods. Others come to receive merit. 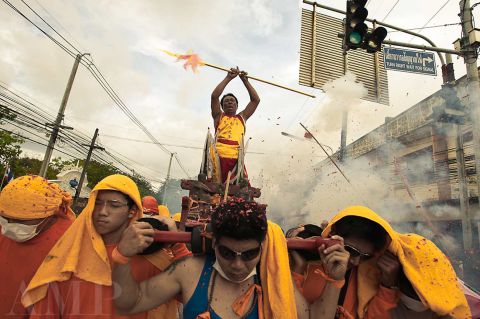 At first light, they in turn approach the alter, dancing in strange ancient forms until an overwhelming desire to surrender their bodies compels them to slam their hands thunderously onto the alter. 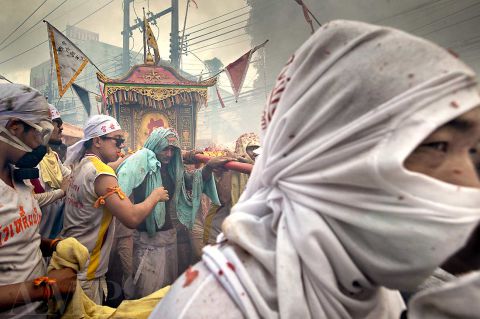 It is almost a blasphemous act as if to provoke the spirits, yet it also an invitation for the spirits to take over their bodies. As the focus leaves their eyes, they feel no pain. 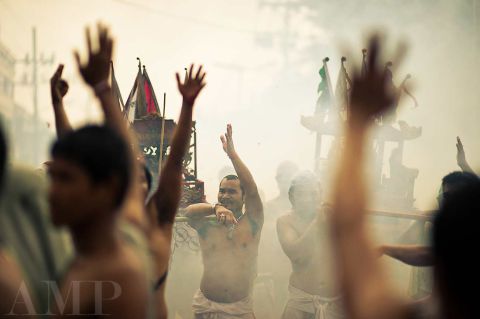 Strange mutilating acts to ground the possessed body to the material world are performed as dictated by the acting spirit. Those that invite the spirits into the body are called the Mah Song. 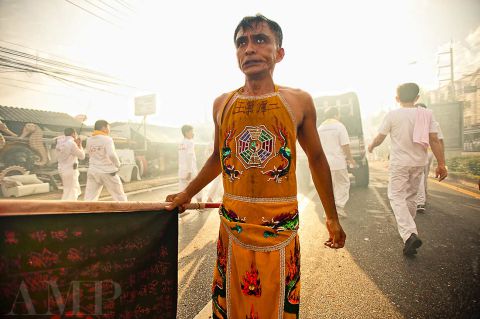 Mah is the word for horse in Thai. Mah Song describes how the spirits of Gods occupy the body as vehicles. The Mah Song will often remain in possession well into the night, walking dozens of kilometers to town while offering blessings to homes along the way. 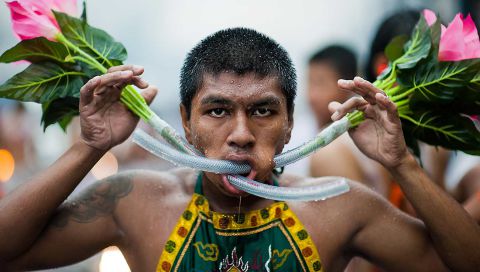 Spirits not hosted by the Mah Song are carried in chariots by teams of men who endure being ambushed by firecrackers which keep the spirits at bay. 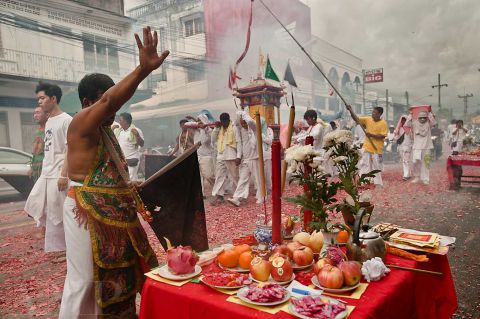 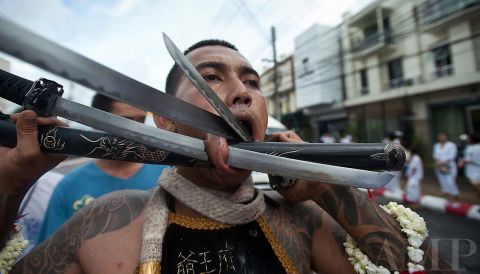 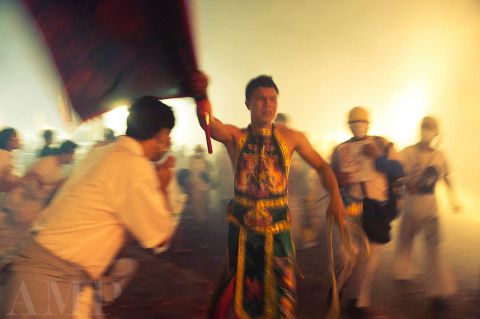 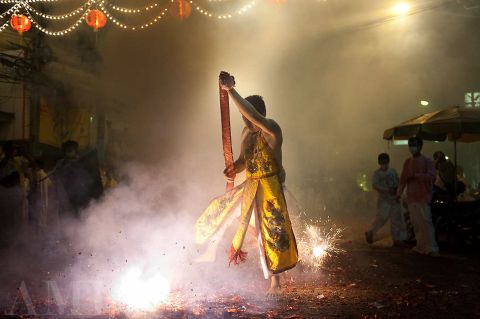